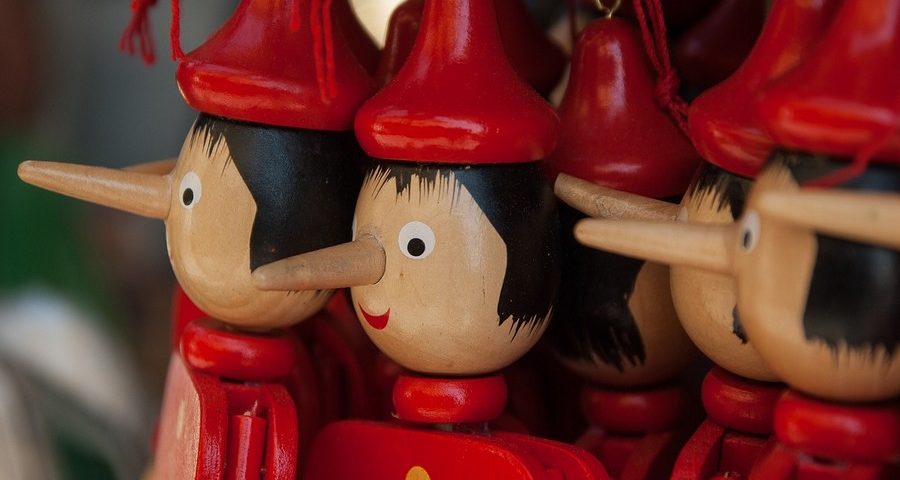 A comedy show I absolutely adore for many reasons is Would I Lie to You?
Not only does if feature some of my favourite actors/comedians and have me in stitches every time, but it’s also a great educational tool and I’m going to show you how to adapt it for classroom use.

To run you through the objectives of the game, celebrities teamed up in two panels reveal funny, embarrassing and most of the time very unusual stories from their life while the opposing team must decide which of those stories are made up and which are true. It’s entertainment at its best watching the panellists recall or fabricate, and often demonstrate too, the details of their misadventures. And regardless of who the panellists are, you can always count on the regular punters, namely Lee Mack, Rob Brydon and David Mitchell, to perform a top act. Their ability to spin a good yarn and ask hilarious questions is the cat’s whiskers, the bee’s knees, the duck’s nuts.

If you are a student, I recommend tuning into the programme for great listening comprehension practice. It’s engaging, it’s funny, it’s real English. It’s a fantastic tool to help you get your head around the formation of questions in English, and an effective revision of narrative tenses at the same time. And as the celebrities constantly change, you’ll be exposed to a wide variety of accents and story-telling styles. Apart from its linguistic value, it’s also a top party game to play with friends at your next social gathering. You might learn something you didn’t know about your mates.

Here is an episode to get you started or a compilation of best bits.

If you are a teacher, you can host your own, classroom Would I Lie To You? show with your students as the panellists, provided they are relatively confident language users. It’s a guaranteed barrel of laughs. Here’s one way of doing it:

Remind them that the objective is to try and deceive the members of the opposite team. It’s a good idea to recap on question formation beforehand and have a few written on the board from simple ones, such as ‘Why did you do that?’ and ‘Who was with you?’ to more sophisticated, like ‘Why on earth would you want to (steal anything from a nunnery)?’.
I swear some of my best classroom moments are linked to playing Would I Lie to You? and I wasn’t the only person laughing out loud. If your students need more time to prepare, assign the task as homework, then hold the quiz show during their next class.

Here are some claims made by Would I Lie to You? TV show panellists in the past:

It’s hard to believe that most of these are true stories, but we all have a skeleton in the cupboard, don’t we?