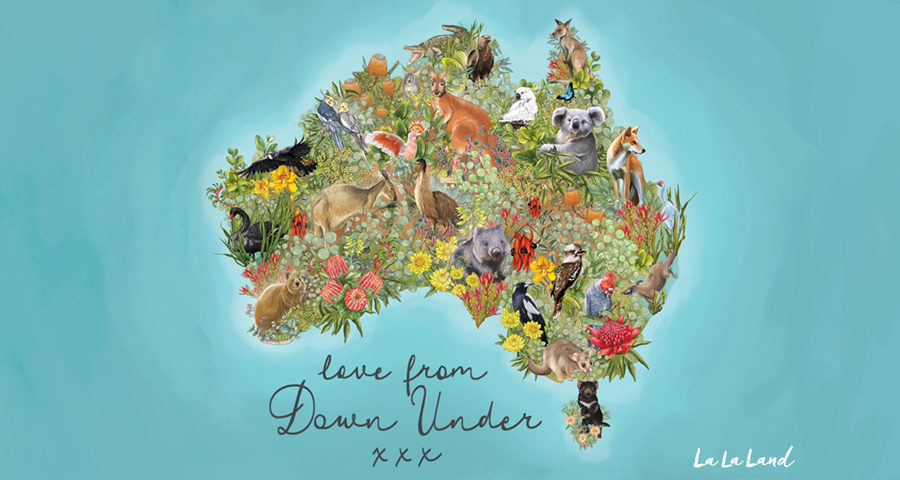 There’s this theory I have explaining why the population of Oz stands at a mere 25 million considering the size and the merits of this country. In my opinion, the majority of prospective settlers get put off by the widely propagated stories of the deadly Australian fauna – an army of ferocious assassins present in millions and ready to take your life at any time and any place. The reality, you’ll find, is far less dramatic.

In my experience, spanning over a few years, of travelling to different parts of Oz I have seen about a thousand signs warning me of snakes and actually only two snake specimens of very modest dimensions, both of which seemed very embarrassed to have been spotted. In each case, the reptile in question just slithered away in a peace-be-with-you manner before I could even launch my oh-my-God-I-just-saw-a-snake reaction! True pacifists, I say. The same goes for spiders. I’ve yet to see one with the ability to paralyse or execute a human being.

And if you don’t think my experience should be anything to go by, I can honestly tell you that even the born and bred Aussies do not usually come in contact with any more deadly fauna than myself.

It is true that Australia is home to countless species of  venomous snakes and spiders and diverse marine killers, such as sharks, jellyfish, octopuses and stingrays and  all these creatures have the potential to harm and have to be reckoned with. At the same time, though, these very same creatures value their privacy and like to stay in the wild, away from annoying human beings so you’re chances of being attacked by a taipan, a shark or a redback are probably slimmer than those of  being hit by a car or electrocuted by your hairdryer. You  really can go for a leisurely walk in the bush or a swim in the ocean without having to bring a  machete or a flamethrower. I vouch for that.

There are, however, other, less potent, more adorable animal species that you will most certainly encounter in the wild on your visit to Australia and I’d like to introduce you to these guys today. I’ll be talking about Western Australian fauna, as this is what I am most familiar with.

The world’s largest marsupials, kangaroos, known here colloquially as  roos or kangas, outnumber Aussies two to one.They can easily be spotted feeding on grass in the early morning and late afternoon. Kangaroos use skipping as their means of locomotion and I am always in awe of their ability to move their sizable bodies with such grace and elegance as if they were made of cotton wool. A quirky fact talking about motion, kangaroos, similarly to emus, can’t move backwards, which is why both species are depicted in the Australian coat of arms as a symbol of the country’s moving forward. Personally, I think this is very clever and must work as a great motivation for the country to make progress. If, at any point, the country was to make a backward step, a whole new coat of arms would be required and what a drag that would be.

The roos most commonly found in Western Australia are the Western Grey Kangaroos but their bigger cousins – the Red Kangaroos are also a common sight across the arid inland area of WA.

And one more thing. If, like me, you find these hopping creatures adorable and would love a closer encounter, I recommend visiting one of Australia’s many wildlife centres where the tame roos will let you hug them, rub their belly and take a close-up photo.

The blue-tongued skink, a type of lizard  commonly known as the bobtail in Western Australia is not an uncommon sight in the bush, in coastal shrubs or in your garden! With their stout body and the tail resembling the head in shape and size, to me they look like a fat sausage on legs. And while they might freak you out sometimes while you’re planting your veggies, they are generally placid, harmless little fellows who love to bask in the sun and never feature in death-by-animal news stories.

Bandicoots are another species of the marsupial (surprise, surprise) family. They are nocturnal creatures and opportunistic omnivores, but can often be spotted during the day in the native bush.  They are not particularly popular with people who take pride in their lawns as they are often found foraging for food in people’s gardens leaving little holes behind.

When a Dutch captain Willem de Vlanmigh first arrived at Rottnest Island in 1696, he mistook the quokkas for massive rats, hence the name – Rottnest Island – Rat’s Nest Island. It might have been one of the reasons the Dutch didn’t hang around for too long and deemed Oz an unsuitable settlement area. To me, and I have a phobia of rats, quokkas don’t look anything like the wretched species they were mistaken for. In fact they look very adorable and if you ever find yourself on Rottnest (highly recommeneded) then you are bound to meet a few of these guys as they are present everywhere on the island.

Apart from all the animal types mentioned above, there are hundreds other species to be sighted in Australia, but they are so special they deserve a  seperate post. Stay tuned for more Wild Australia  stories coming soon.

P.S. All of the photos except the one of the bandicoot (a very speedy fellow) were taken by me to prove the point these animals really can be caught on camera in the wild, and quite easily too.

Test your knowledge of the Aussie animals