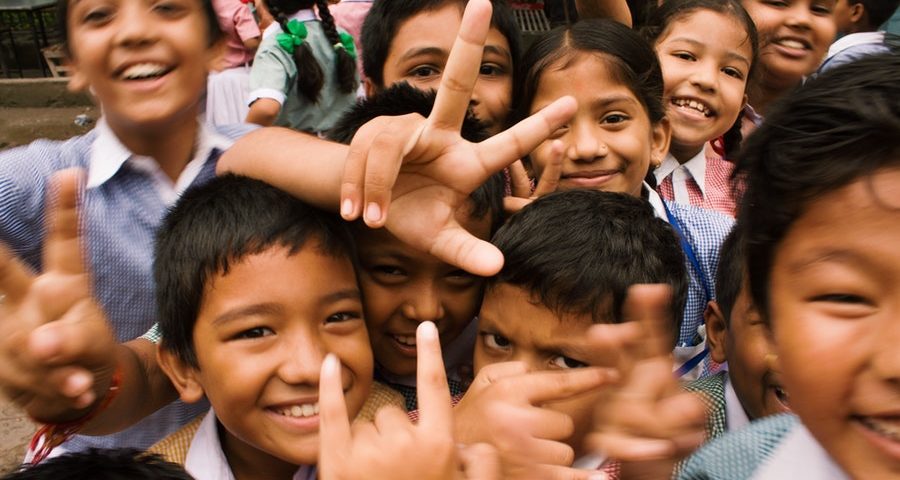 Australia is a very multicultural country, with Victoria (especially the capital city, Melbourne) being one of the “most culturally diverse societies in the world”. In 2016, 28.4% of Victoria’s population were born overseas and 49.1% of Victorians were either born overseas or have a parent who was.

For this reason, there is a large number of students who have a low level of English when they arrive in Australia, with many having missed years of schooling due to civil war, famine and natural disasters in their home country. We commonly refer to these students here as ‘newly arrived’ or ‘EAL/D (English as an additional language/dialect)’ instead of the old term of ESL (English as a second language) as many of these bright young people are multi-lingual when they arrive.

In order to assist these newly arrived students, there are four dedicated EAL/D schools in metropolitan Melbourne. Here students attend an ‘intensive’ English program, which can be a few months (up to a year or two) for students who are behind their peers in English. Upon graduation, they join other students in a mainstream public school at the appropriate grade level for their age.

During my Education degree, I was lucky enough to do my teaching placement (practicum) at one of these schools and it was one of the best experiences of my life. Today, I’ll share with you some of the joys of teaching these wonderful students.

Many students in Australian EAL/D schools come from refugee backgrounds.

Newly arrived students come from many countries around the world. While many are children of parents who have decided to migrate to Australia for work or lifestyle purposes, there are are a large number who are refugees from conflicts in their homelands and must overcome trauma and educational disadvantage at a very early age. In the school in which I was placed, there is a very large number of Vietnamese immigrants due to the area being historically well populated by those who fled from the Vietnam war in the 1960/70s and their decedents.

They have to overcome many obstacles, which makes celebrating their wins even more special.

Many students require a high level of individual one-on-one support to succeed at school. Some are deeply traumatised by their early experiences and struggle to trust others and to behave appropriately. Others have difficulty socially, with classes containing students of a wide range of ages, based on English level. Teenagers with little to no prior schooling find themselves in classrooms with much younger students, which can be alienating and make the older students feel self-conscious.

Yet, surrounded by amazing and dedicated staff and volunteers, there was a strong sprit of celebration and support for every ‘win’ that the students made, with lots of small awards and praise for minor achievements.  During my time there, I was often emotionally moved by how proud students would be each and every time they received a small certificate acknowledging their effort.

They work very, very hard but display a rare gratitude.

During my year at the EAL/D school, I was constantly surprised with how much the students said “Thank You” and gave you the feeling that they were genuinely happy that you were there. Having a perspective on what life was like outside the safety of our little ‘developed’ island nation, many students were incredibly thankful to simply have a safe and secure place in which to learn.

While behavioural issues were a problem, as in any school, the majority were incredibly hard-working and dedicated. The older students, who faced the most disadvantage and difficulty in language acquisition (and also often had the most in-home responsibility) had to work twice as hard as their Australian peers just to gain access to study in a regular school with students their own age. Some were trying to fit many years of lost tuition into a short space of time and I was constantly impressed with their work ethic.

I found the ‘newly arrived’ students amazing and the classroom experience to be a rare one. Unlike the adult world, where people from different religious and ethnic backgrounds often struggle to work together harmoniously, the EAL/D classroom was a place where learners shared a common goal – despite their vastly different cultural backgrounds. They shared their languages, customs and delicious national cuisine on a regular basis with us and each other. Performances displaying traditional skills and talents like song, dance and art were a real highlight when they occurred.

Working in an EAL/D classroom with newly arrived students is an experience that I will never forget.

Many newly arrived immigrants (especially those from a refugee background) have often walked a long and treacherous road to enter Australia. Thankfully, for those who are able to resettle in Australia, there is a caring and supportive system in place to help the children to learn English at a level that will allow them to thrive. The devoted professionals that work in these schools have a rare combination of empathy and dedication to providing newly arrived children with the best educational opportunities possible in their adopted country. The students there were some of the sweetest kids I’ve ever met and I’ll never forget them.

Author: Kate Zarb is from Sydney, Australia and has been a teacher since 2010 – working internationally and then as a freelance IELTS tutor before starting an independent online English teaching business. She studied Education and Digital Media at Deakin University, followed by a Graduate Certificate in Education (TESOL). She runs teachenglishonline.com.au to support other Australasians to succeed teaching ESL online.